WWE Summerslam News 2020: Asuka vs. Kairi Sane Not In SummerSlam

Jul 30, 2020 | By WWE Mania
Here we came up with the latest WWE SummerSlam news 2020. WWE Summerslam is the second biggest PPV event of WWE. The Summerslam 2020 is going to happen on 23rd August, Sunday at Orlando, Florida. Earlier it was planned that event would take place in Boston at TD Garden. But in this pandemic condition now, the Boston Mayor has suspended any events involving large public gatherings. WWE has not given any official response to this yet.

We had seen Asuka vs. Sasha Banks for WWE RAW Women’s Championship match on Monday Night RAW. Sasha Banks was the winner of the match as backstage Kairi Sane was brutally getting attacked by Bayley, and Asuka decided to leave the match for helping her friend.

At the beginning of the RAW 27th, July 2020, Randy Orton challenged Drew McIntyre for having a WWE Title match at the upcoming PPV. After the Scottish Psychopath accepted the challenge, The Viper hits him with the RKO. We have confirmation of one more match: Angel Garza and Andrade vs. The Street Profits- WWE RAW Tag Team Championship match at the PPV event.

Kairi Sane had a discussion with Asuka before Extreme Rules 2020, in which she said she wishes to challenge her for the WWE RAW Women’s Championship if Asuka had retained at the event. At the PPV, we have seen that there was no-contest at the end because of a lot of chaos.

On RAW 27th July 2020, Asuka lost the match against Sahsa Banks as she went to help Kairi instead of continuing to fight with Sasha. As now it is quite evident that Kairi Sane has left WWE, rumors about her having a match with Asuka at the SummerSlam 2020 have proven to be wrong.

What exactly are the plans for Asuka at the SummerSlam 2020

Previously it was reported that WWE had planned for Kairi Sane vs. Asuka at SummerSlam. As now Kairi Sane is no more part of WWE, Dave Meltzer opened up about the original plans for Asuka at the PPV.

Recently at Wrestling Observer Radio, Meltzer reported the plan. Before Sasha Banks marked her victory in the last episode of RAW and became WWE RAW Women’s Champion, it was decided that Asuka will face Shayna Baszler and defend the title at SummerSlam.

He continued by saying that after Extreme Rules 2020, Sasha Banks was no more a choice to be an opponent for Asuka.

Drew McIntyre once again retained his position of being at the top by defeating Lensar. By his performance, he always impresses his fans present all over the world. He continues to be the top champion in the world-famous and most prominent professional organization of wrestling.

If we want to select only one wrestler for whom 2020 has been fair and kind, then without any doubt, the person to be on the top of the list will be Drew McIntyre. Earlier in 2019 in the mid-card, Drew was loitering, and WWE fans believed that the WWE had wasted an excellent opportunity for making a Scotsman a well-known wrestler in the world of professional wrestling. After recovering from the injury when Drew McIntyre returned late in 2019, he was then turned into an unstoppable monster by the WWE.

With his performance, he continued to rise and reached a milestone at WrestleMania 36. He won Men’s Rumble, which helped him confirm his ticket at ‘Grandest Stage of Them All’ for the huge-money match. It was after this when he began to have a feud with Lesnar-‘The Beast.’

We have seen him having matches with Bobby Lashley, and Seth Rollins at WWE PPV matches. In the upcoming biggest PPV event of the year Extreme Rules 2020, he will be facing Dolph Ziggler. Drew losing the match with Ziggler will be a huge disappointment for the fans, and no one expects any such kind of result.

WWE already has big plans for Drew McIntyre, and it has been reported that it has been planned by the WWE that Drew McIntyre will have a match will another superstar in 2020. The Randy Orton is receiving rave reviews for the feud he has with the Edge. Both of them were engaged in rough matches earlier in BackLash and WrestleMania as well.

After beating Edge now, Orton has momentum by his side, and now rumors are that soon he will be having a feud with Drew in the SummerSlam.

According to the Wrestling Observer Newsletter, it has been stated that a dispute between Rand and Drew is likely to happen in real very soon.

“WWE has plans for having a match of Randy Orton vs. Drew McIntyre at their next biggest PPV event. This can be in 2020 at SummerSlam or in 2021 at WrestleMania 37.” 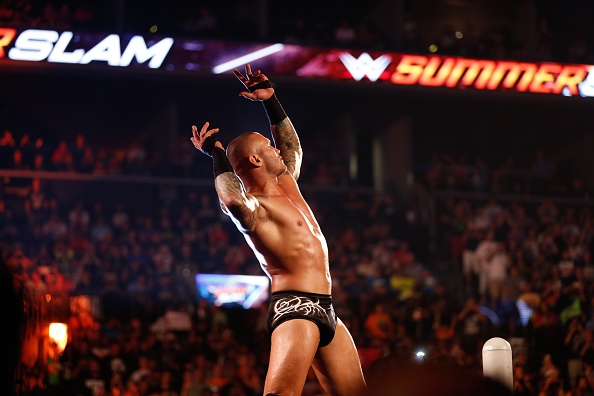 “WWE is making people setting up for Orton as the bigger destination is Drew and Randy, I believe at the WWE’s upcoming PPV event in August.” WON’s Dave Meltzer said.

Earlier, Drew McIntyre himself said that for SummerSlam, an ideal opponent for him could be Randy Orton.

Who Will Win At SummerSlam? Drew McIntyre or Randy Orton

Randy Orton is known for his moves, like RKO, DDT, Viper, and he is ready to have a title match against Drew McIntyre in SummerSlam 2020. Though the match is not officially announced it is likely to.

WWE fans are well acquainted with the fact that top heel in WWE is Randy Orton at present. In the company, The Viper is the vilest and despicable. On Monday Night RAW as the show kicked off, Randy Orton started talking about his long journey in WWE and all his accomplishments. He expressed that he wishes to have a match with Drew McIntyre at WWE’s upcoming PPV event scheduled for 23rd August 2020.

Randy Orton is becoming aggressive with time now, and he is ready to cross every limit it takes for picking up his win. He has successfully managed to take his career to the new heights this year. Randy Orton’s Punt Kick and the sadistic nature made him the right choice to be at the top of the card.

After halted rivalry with Edge in which Orton marked his victory by winning the match, he had moved out three more legends in the previous months. Orton has brutalized Rated-R Superstar and also Big Show and Christian.

Now he is keen to achieve something new, to be precise, it is the WWE Championship. On RAW 27th July 2020, Orton said he has enough respect for Drew McIntyre, but he has something he wants to have now.

At WrestleMania 36, we had seen WWE Champion knocking off Brock Lensar and also Big Show after the show. Drew McIntyre had marked his victory in a match with Seth Rollins held at Money in the Bank. Recently at Extreme Rules 19th July 2020, he had conquered Dolph Ziggler. The greatest challenge of his entire career is waiting for him at SummerSlam 2020, which might be in the form of Randy Orton.

Highly motivated Legend Killer is a sign of danger. Drew McIntyre has not yet responded to the challenge of Randy Orton, which he opened up about on Monday Nights RAW right as the show began. WWE fans know Scottish Psychopath very well, and all are excited to have a splendid match at the biggest PPV event of the WWE, SummerSlam 2020.