SummerSlam is one of the biggest events organized by WWE every year where wrestlers from Raw and SmackDown both participate. It’s another pay-per-view event which will be live telecast at WWE official network.

This year, the SummerSlam 2017 is going to be held on 20th August, Sunday, at Brooklyn,
New York.

People who are a die-hard fan of WWE SummerSlam have already started booking their tickets for the mega event on 20th Aug. 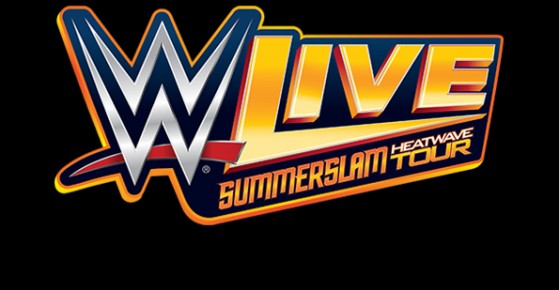 Here in this post, we are going to have a look at the predicted WWE SummerSlam Results, that are most likely to be the outcome of Summerslam fights.

We will first look at the matches, which wrestler will fight with whom and who will win at Summerslam.

Fans have already started making predictions like who will win and who will lose on Sunday.

Here are the full match results and highlights of SummerSlam 2017

Cena was able to cross the line after having a great competitive fight with Corbin. Corbin did try to take the revenge back from Cena, who lost his Money in the Bank briefcase, but he failed to beat him.

The damage was done by Big Cass a week earlier to Big Show. Big Show was fighting with a broken hand. Though he did good enough, he wasn’t able to defeat Big Cass.3. Big Show Versus Big Cass

Enzo Amors was locked inside a steel cage. He came out of the cage to save Big Show, but it was too late.

Match Result: WINNER: The Viper, Randy OrtonThe match couldn’t last for more than 10 minutes. Rusev did well to attack Randy Orton during his entry to the ring. But as soon as the referee rings the bell and Orton entered the ring, it was just an RKO that settled Rusev for the match.

Sasha Banks defeated Alexa Bliss and won the Raw Women Championship. Sasha Banks fought well and won the match by submission. The Boss became the new champion and retained the title which she deserved.
The match between Brock Lesnar and The Undertaker is considered as one of the best matches to date.

The demon king back into the ring to face the Eaters of World at SummerSlam. And it was Finn Balor who won the match

After a lot of drama and a great fight, it was the phenomenal, AJ Styles who crossed the line and retained his title against Kevin Owens.

WINNER: Jindar Mahal
Jindar Mahal, the Maharaja from India was able to retain his title against Nakamura. He is still the WWE World Heavyweight Champion.
9. Fatal Four-Way Universal Championship

It was a great match indeed between the four giants but at the end, the beast proved himself the best and retained his title.