Aug 16, 2017 | By WWE Mania
Will the Shield be able to win the tag team championship title against Cesaro and Sheamus?

The Shield is finally reunited after a lot of ins and outs from Seth Rollins and Dean Ambrose.

After a lot of drama and consistent attack from Cesaro and Sheamus on Seth Rollins and Dean Ambrose, finally, the reunion of the Shield has happened. 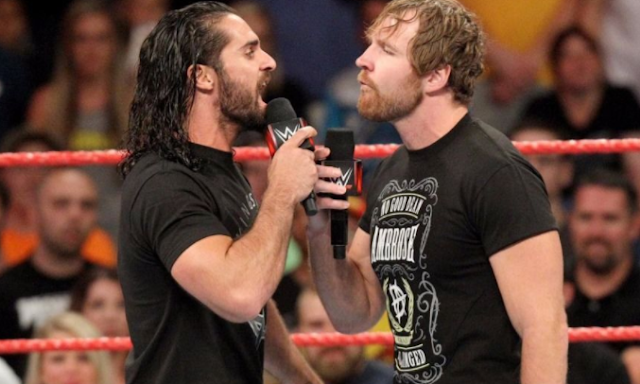 And we all are excited to see both Rollins and Ambrose taking on Sheamus and Cesaro for Raw tag team championship at SummerSlam 2017.

Don’t forget to watch WWE SummerSlam live streaming on official WWE Network. The show would be a power pack one for 4 hours.

Seth Rollins was done with playing games and asked Ambrose to rejoin for the Shield. They are the ones who can run the Raw place and no doubt there is no one who can beat the Shield in WWE.

It was Seth freaking Rollins who turned back on the Shield and broken the union of three.

However, Reigns and Ambrose were there to carry on the link but when Ambrose left to SmackDown, Reigns had to carry alone in Raw.

Now, it’s time for the reunion and finally, the settlement is done between Rollins and Ambrose.

Kurt Angel made an announcement on this week Raw, that both Rollins and Ambrose will face Sheamus and Cesaro at SummerSlam 2017 for the tag team title match.

We hope the Shield wins the title and come back as a new champion at SummerSlam.

Cesaro and Sheamus have been holding the title for a long time. They have beaten the Hardy Boys at Battleground recently to retain their titles.

It would be interesting to see, how these two face Rollins and Ambrose on Sunday, 20th Aug.

The other matches that are decided for SummerSlam:

Do let us know your views on who will win the Tag Team Championship at SummerSlam.