Being the number one contender for SummerSlam 2017 raw Women’s Championship, Bayley will miss the match due to her injury.

UPDATE: Sasha Banks Will face Alexa Bliss at SummerSlam. The Boss defeated Nia Jax on Monday Night Raw for the number one contender.

Pamela Rose Martinez (Bayley) a former Raw Women’s Champion is currently on hiatus due to injury in her last match with Nia Jax.

WWE has officially announced that Bayley would not be able to race the Raw Women’s Championship at SummerSlam on Aug. 20 in New York City.

The SummerSlam Live Streaming 2017 will be available on Sunday, 20th August, on official WWE Network. 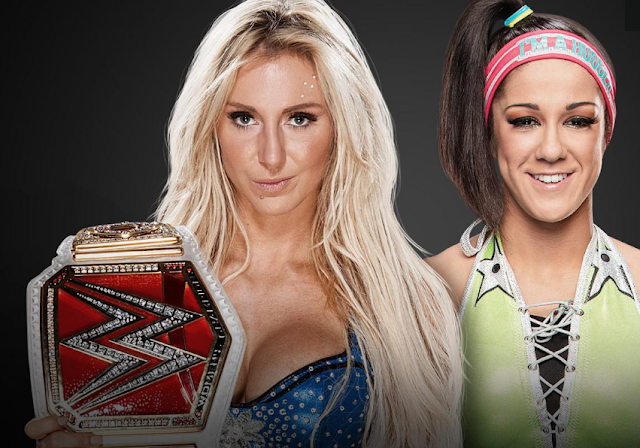 Alexa Bliss is the current Raw Women’s champion who was supposed to face Bayley to fight the Raw Women’s Championship at Summerslam. The former made her first appearance on July 24 episode of NXT congratulating the inaugural NXT Women’s Champion Paige.

In an interview, Bayley revealed that she got injured in a fight with Nia Jax and hurt her shoulder. This injury came at up a terrible time because this Summerslam 2017 was the biggest turn to her career since arriving on the main roster last year.

Sneak Peak At The Interview Of Bayley To WWE
Watch the complete interview of Bayley’s on her injury here:

Let’s Take A Look At the WWE NXT:

Bayley signed WWE in December 2012, heading ahead in her career she got her first win by teaming with Charlotte against Alicia Fox and Aksana on September 4. The turn for Bayley was when Charlotte attacked her during their match which was fought against BFFs and later she was found joining BFFs.

On May 1, 2014, Bayley loses first round in match with Banks and failed to advance in a tournament for the vacant NXT Women’s Championship.

On July 24 at Battleground, Bayley by defeating Charlotte and Dana Brooke made her place to WWE main roster and pay-per-view debut.
She also challenged Flair at the Royal Rumble but was unsuccessful in capturing the title. But the fighter once again became the number one contender for the championship after defeating Banks on the July 24 episode of Raw and will face Bliss at Summerslam, which now is not possible because of her major shoulder injury.

What’s Next: Who Will Face Alexa Bliss?

Since Bayley won’t compete with Alexa Bliss at SummerSlam, it turned out to be another twist now for the number one contender.

On this week Monday Night Raw, Sasha Banks qualified for number one contender match along with Nia Jax.

These two women will face each other on next week’s Raw, and the winner will face Alexa Bliss at SummerSlam.