Aug 01, 2017 | By WWE Mania
The WWE SummerSlam 2017 is all set to take place on next month and today after the Battleground, the first match for SmackDown Women’s Championship is confirmed for SummerSlam 2017.

No other SummerSlam matches have been confirmed yet for Raw. But we hope that by the end of this week, we will have an update.

However, by next week, Jindar Mahal’s SummerSlam Opponent will be decided. Either it will be John Cena or Shinsuke Nakamura.

The first SummerSlam match that is confirmed for Women’s title is between Natalya Vs Naomi (c). Natalya wins over 4 women at Battleground. The other participants were Charlotte Flair, Tamina Snuka, Becky Lynch and Lana.

Natalya has become now the number #1 contender for Women’s title now and she would be a tough competitor for Naomi to face on. 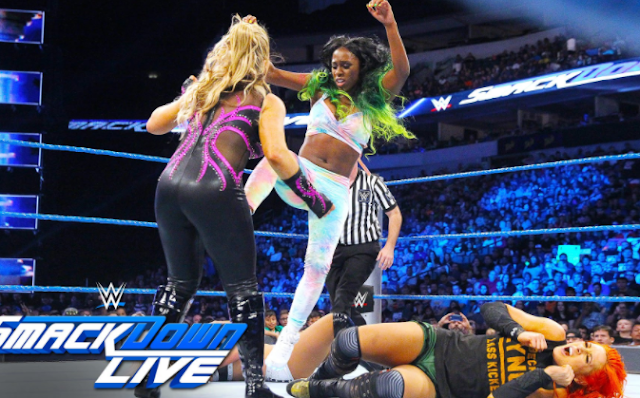 Talking about match cards for Raw, Sasha Banks will face Bayley for the number one contender for Raw Women’s Champion. The winner will face Alexa Bliss at SummerSlam 2017.

The SummerSlam live streaming will be available on official WWE network. You can also catch Summerslam live action, highlights, results here at Wrestlemaniaresults.com

The WWE SummerSlam will be hosted in New York city on 20th August, Sunday, at Barclay’s Stadium, Brooklyn city.