How To Watch WWE SummerSlam Live Streaming 2017 In India?

Aug 20, 2017 | By WWE Mania
Are you from India and excited to watch SummerSlam Live Stream online?

This year 2017 Summerslam is the 13th special event under the Summerslam Chronology. Summerslam 2017 is an upcoming professional wrestling pay-per-view (PPV) event and WWE Network event produced by WWE for the Raw and SmackDown brands. 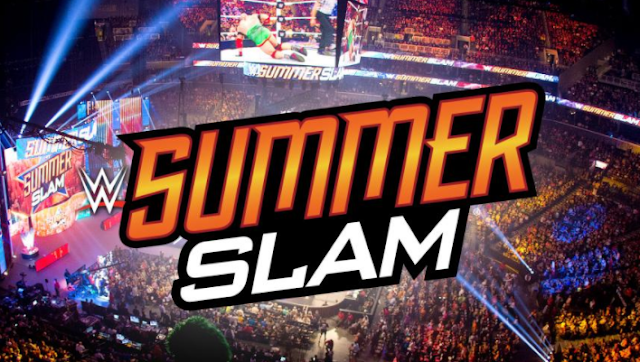 How To Watch SummerSlam Live Stream In India

Also, fans in India can catch the SummerSlam Online live streaming action on official WWE Network or on its mobile app.

Have a look at the list of different broadcasting TV channels to watch SummerSlam live and exclusive in India.

The biggest attraction of this WWE Universal Championship event will be the Fatal 4-Way match between Brock Lesnar (c) (with Paul Heyman) vs. Roman Reigns vs. Samoa Joe vs. Braun Strowman.

Earlier the scenario was different for the Raw Championship Bayley was against Alexa Bliss, but unfortunately, Bayley got injured in a match with Nia Jax. So now Banks or Jax will be the contender for Alexa Bliss.

The Viper (Randy Orton) will face the Bulgarian Brute (Rusev) in a SummerSlam fight on Sunday. John Cena is all set to take on Mr. Money In Bank, Baron Corbin.

Jindar Mahal will be defending his title against Shinsuke Nakamura, who defeated John Cena for the number one contender match.

Who knows, whether Jindar Mahal can have the company of the Great Khali again at SummerSlam who helped him earlier to defend his title at Battleground 2017.

That’s it for now. Do bookmark this post and check this out on 20th August, Sunday to watch SummerSlam live online.

Also, let us know what other TV Channels you prefer in India to watch SummerSlam online.
If you like this post, share it across social media networks.
Tags: how to watch summerslam, summerslam live stream, watch wwe summerslam