Jan 29, 2017 | By WWE Mania
Royal Rumble has always been the center of attraction and source of fun for PRO Wrestling enthusiasts. The champs of this event Triple H, Roman Reigns, Batista and John Cena still holds a special place in the prediction train of each and every fan, but this year the winner can not be easily predicted. Don’t miss the royal rumble live free stream on WWE official network and on Sky Sports Box Office.

With the start of Royal Rumble, starts the fight to get the world title on the grand stage of Royal Rumble, where 30 participants will be giving a tough competition to each other where only handful of them have chances of winning and Reigns stands on the top of that list. 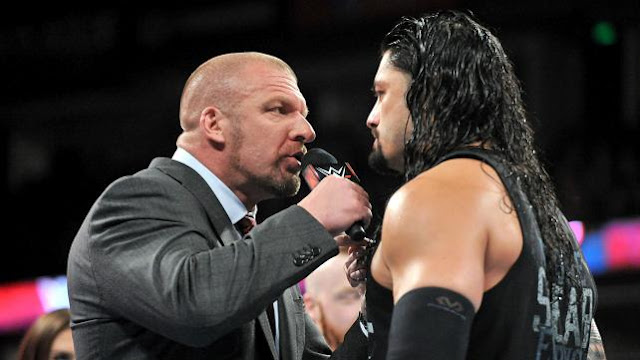 The favorite WrestleMania stars including The Undertaker, Braun Stowman, Goldberg and Randy Orton will be giving a tough competition this time. However Roman Reigns is expected to be the universal champion of WrestleMania but with the return of Vince McMahon, whatever he will do will be having the direct effect on rest of the WrestleMania 32 cards.

Though Randy Orton has a greater chance of winning but it would be wrong to underestimate the other participants.

Here are the top five favorites, who has the chance of winning the royal rumble title of a universal champion:-

6 feet 3 inches and 286 pound  Brock Lesnar is all set to give a tough competition this time , it was really hard to eliminate him in the Royal Rumble 2016 but after Lesnar was embarrassed by Goldberg at Survivor Series he will surely try to prove that his loss just happened by mistake and he will try his best to achieve the name of universal champion.

Lesnar was always a tough competition for every competitor he fought with and he defended the WWE title at WrestleMania 31. The event between Lesnar and Reigns will attract a lot of fans because this match will be the epic one.

The Undertaker would be entering into the Royal Rumble for the first time since 2009 and seeing him into it is quite difficult to accept where the other part-time star stands like Triple H, Batista, The Rock and Brock Lesnar.

But there are still chances of him to win because when the announcement was made of his entry into the Royal Rumble, he was the betting favorite. Though he has not been seen for many of the times but he constantly holds the top 3rd or 4th place on most betting sites and seeing him winning the royal rumble will be exciting.

The next step of Goldberg is now to get into Royal Rumble and to showcase his skills on the platform to get the title for the universal champion. He being a part-time wrestler will not be an obstacle on his way. amongst the last four year matches of royal rumble two of them has won by the part-time wrestlers and so there is the possibility of Goldberg to get the title of royal rumble.

Jericho vs. Owens, will, appears to be a lock for WrestleMania 33,. Jericho is the most logical Royal Rumble winner no matter how predictable that might seem.

If the match between the Owens and Reigns is fought and if Owens wins the match then Chris Jericho has the higher possibility of winning the title of universal champion in Royal Rumble.

It has been an assumption that Strowman and Reign will have a match in royal rumble together where reign will defeat Kevin Owens and the final match will be fought between the two and that has made him favorite amongst others.  In his last bout, he lasted for like 20 minutes and he has a better shot now. This 6 foot 8 inches monster is the no.1 candidate to win the WWE biggest match and now he is ready to take the title for the Universal Champion too.

Well, these were the most favored candidate having the highest odds of winning. What do you think of these Pro Wrestlers? Is someone apart from this list will make it to the Grand title? Who do you think is going to be the Universal Champion in this year’s WrestleMania? Do comment down below and let us know your thoughts 🙂