Jan 27, 2017 | By WWE Mania
The most awaited event of WWE – Royal Rumble is about to take place this week in San Antonio, Texas on 29th January, Sunday. This would be the 30th annual edition of Royal Rumble hosted by WWE universe, which would be another pay-per-view event and it would live stream on WWE Network. The 30-man royal rumble match would be the one that people would love to watch, as various superstars like Brock Lesnar, Undertaker, Big Show, Goldberg, and other wrestlers.

The live updates and royal rumble results would be available here after the event. Don’t forget to watch the royal rumble live streaming online at WWE official network. 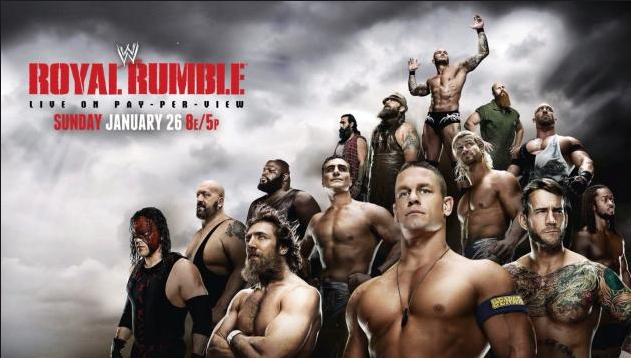 The eyes would be on the over-top-rope match with 30 wrestlers fighting for the main event Wrestlemania for a title shot. Who you think will win Royal Rumble 2017?

Would it be The Undertaker? Brock Lesnar? or Goldberg?

Remember Goldberg could be dangerous as he has beaten Lesnar in two minutes only at Survivor Series. Apart from this battle, Roman Reigns will face Kevin Owens for the Universal Championship title.

Reigns had his chances earlier to become the Univeral Championship, but it was Jericho who interrupted every time and didn’t let Reigns win.

Another title would be online which is World Heavyweight championship match between John Cena Vs AJ Styles. If Cena wins, he will surpass Rick Flair who has the most number of titles for his name.

So much excitement is there for the Rumble. Let’s see who wins and create the buzz.