Kevin Ownes will be facing Romain Reigns at Royal Rumble 2017 for the WWE Universal Championship on 29th January, Sunday. Yes, the GUY will have another opportunity to seize the title for himself after losing it earlier at Roadblock.

This time Chris Jericho will be suspended in a cage above the ring, as the Raw General Manager, Mick Foley has made this decision in Monday Night Raw. So, there won’t be any interruption from high tech real Chris Jericho, some troubles for Kevin Ownes as well, as he would not have any support from his friend this time. 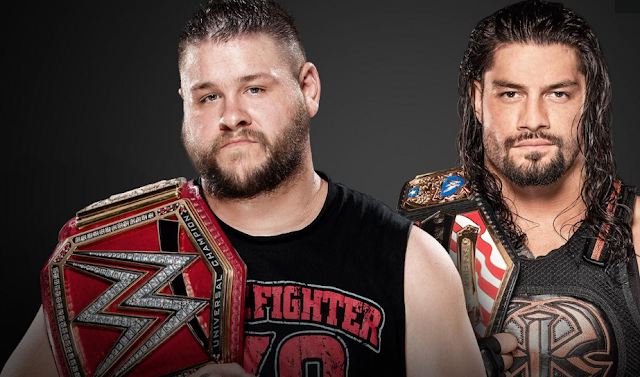 Jericho will be there above the ring, almost 20 feet locked in a shark cage.

This would be a great chance for Roman Reigns, the challenger to steal the WWE Universal Championship from Kevin Ownes and have both the titles.