The mega event of WWE- Royal Rumble 2017 is on 29th January, Sunday at Texas. Lots of fights will take place and one of them is between AJ Styles and John Cena.

This would be a historic chase for John Cena for his 16th World Title which AJ Styles accepted. 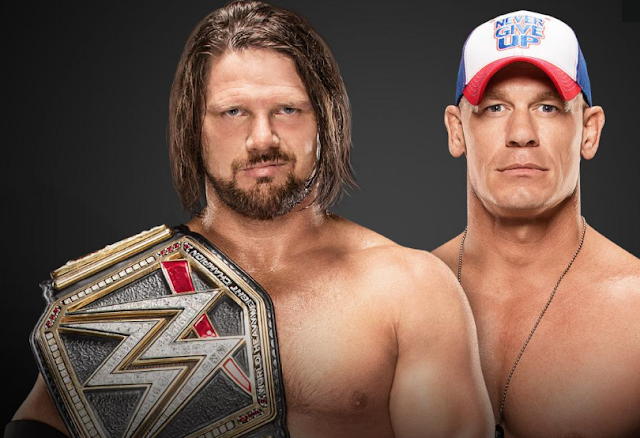 If Cena defeats Styles on 29th Jan, he would break Rick Flair records, holding the most number of World Title ever (currently the WWE Hall of Fame). John Cena will have his name registered on records if he defeats AJ Styles on Sunday and of course, he will be “the Face that Runs the Place”.

Earlier Cena had his chances when the challenger faced AJ Styles and Dean Ambrose in a triple thread match at WWE No Mercy, where he had to face a defeat against the champion.

Cena had a tough season at SmackDown live with a low profile which of course caused him a low fan following. But the Champ is here again now to make some noise and who knows, he might beat AJ Styles at Royal Rumble and pass the famous Rick Flair.

What you think? Will John Cena defeat the Phenomenal AJ Styles and become the new World Heavyweight champion?