Since, Reigns ruined Rusev’s marriage ceremony party on Raw, that’s the time when both the wrestlers are mad to fight with each other.

The Bulgarian Brute and Roman Reigns had a lots of face-off earlier in WWE special events like SummerSlam, Clash of Titles and to the normal Raw events on every Monday night. 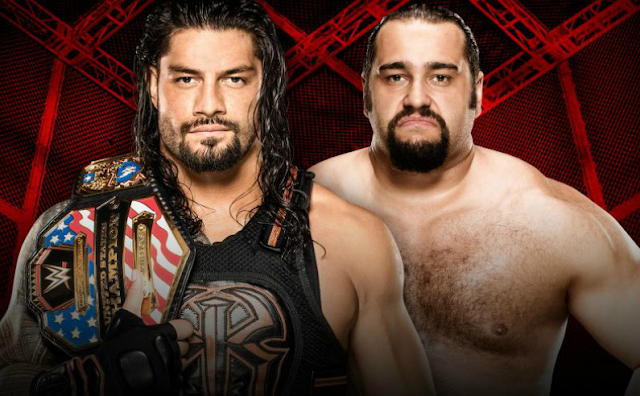 On Monday last night Raw, Reigns made an appearance where Lana challenged him for another title match with his husband.

Which Romans accepted. Reigns did make some jokes out her after accepting her challenge and had a big tight slap as well on his face by Lana.

Later, the war gets colder when Rusev attacked Reigns and damaged the Champion physically.

Reigns was so badly thrown out of the ring that he could not even deliver a Superman Punch.

It would be interesting to see how these both giants face each other inside Hell in a cell match on 30th October. The live streaming of the match will begin at 8ET/5PT.