WWE has in the fight between Seth Rollins and Finn Balor the opportunity to create precedents. Both are complete artists of wrestling. But to be successful in the fight SummerSlam, Balor has to work more freely. 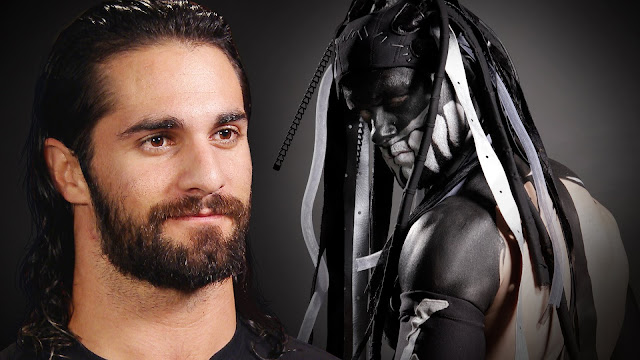 The commitment to fight is a bold move by WWE. On paper, Finn Balor is a rookie who will experience a month of his first title match in his first major event. But while it is a chess move on the board of the new era.

Balor comes as Star NXT. He is a man who worked his reputation for more than a decade in quadrilateral the world. His way to reach the Draft-it’s fifth Raw is the imminent endorsement WWE is giving you.

However, Balor still has some shortcomings that need to be polished. His hesitancy in his first interaction with Seth Rollins was notorious. This despite how it was resolved. Clearly, it’s just nerves again, the same as two weeks until the fight will dissipate.

As the editor section WWE ” Bleacher Report”, Ryan Dilbert says, the struggle has little to be criticized. It is rare that the company bet on a match of these characteristics: two popular superstars of high quality and with a great future.

It seemed that WWE would put Rollins and Reigns to compete again for the maximum championship. But the final bet was a wash of fresh water: the company managed to unite two fighters who have not crossed fists complement each other for the benefit of the show.

The fight became a sort of dream match. ” I never realized how much I wanted Balor vs Rollins until it became the only thing I wanted,” he tweeted the portal ” The New Age Insiders”. This is the reaction that produces work in the modern canvas unified traditional narrative.

Rollins claims to be worthy of the title. Their role is a classic arrogant villain. Balor struggles to prove he can be a champion. Instead, the hero is boosted by the public who works from humility. A known rhetoric, but unpublished hands and mouths.

This produces polarizations among those vying to be the first carrier exclusive championship Monday Night Raw, the interests of the bosses and an atmosphere of success in the show for SummerSlam 2016.

Lots of Promotion For Finn Balor By WWE

WWE promoted Finn Balor to Raw and made it one of its stars so quickly that many of their regulars do not yet know. Those who follow the wrestling world and NXT are excited about his arrival, but that’s the same for the majority.

Exclusive WWE fans still need to know more Balor and the Devil who dwells within. The company is spreading videos and materials about your personality and step by NXT-that social networking is good- but needs to give the same exposure on Raw.

So it is clear, according to comments made in forums and social networks Rollins will be the winner, WWE needs to know who your audience is defeating. It is a nobody, not a despised, much less an overrated package; is someone who was even called ‘the best fighter’.

On the other hand, it seems to be contorted Balor. He went from auditoriums with hundreds of spectators to global scrutiny. This was evidenced in his hesitancy during the confrontation with Rollins -nothing to do with the chair mounted between Dean Ambrose and Dolph Ziggler the next day.

The ups and downs of the script will be more complex with each passing week. Rollins needs to assume the leading role, especially because it is better spoken-I, at least during the construction of the rivalry. While at SummerSlam it should be the Devil who takes the lead vocals.

Rollins is perfect to take full potential of Rollins. The result is not important because they are such clashes which generate wrestling fans and WWE. It is a special dream match, which nobody expected, but everyone wanted.