That left Monday night Raw with no titles. As a result, on last Monday Night Raw, Stephanie McMahon and McFoley, the new General Manager of Raw, decided to launch a new title which is WWE Universal Champion for WWE Raw. 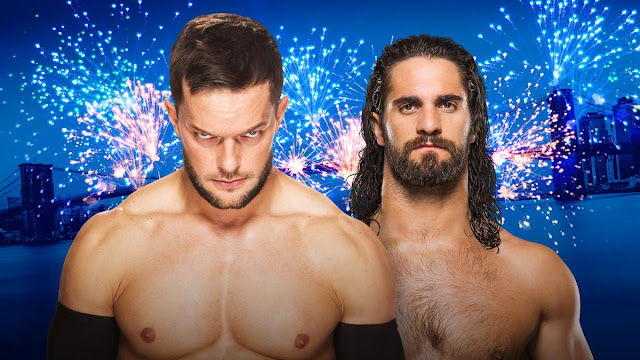 This would be the first time, that the wrestlers are competing for the WWE Universal Championship.

Talking about the contenders, Roman Reings and Finn Balor had a final fight for the championship, which Finn Balor won and qualified for Summerslam 2016 to face the Seth Rollins for the title.

This would be the first time, that WWE Universal Championship would be online and two best contenders would be fighting for it.

So, we gonna have a new face of Raw at Summerslam 2016 on 21st August, Sunday at Brooklyn NewYork City.

Finn Balor, made his debut to Raw on his Birthday, and what a gift he has got by defeating the GUY Roman Reigns.

Rollins, was already selected as number one contender for the title without facing any challenges. Quite a strange thing happened.

It would be interesting to see how Finn Balor takes on Rollins. If he can defeat Roman Reigns then Rollins won’t be tough for him.