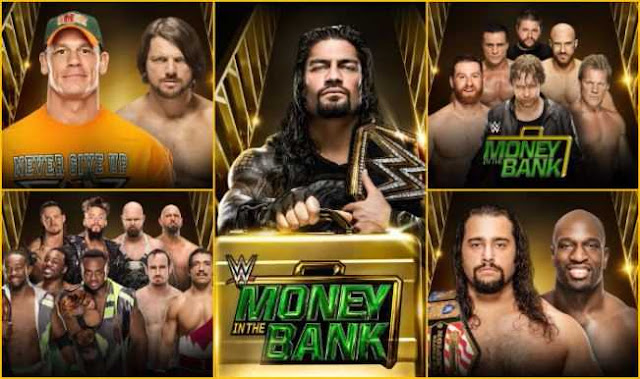 The upcoming pay-per-view event, WWE Money In The Bank 2016 is quite in buzz. It’s another professional wrestling event by WWE Network which gonna happen on 19th June 2016 in Las Vegas, Paradise, Nevada. The venue is T-Mobile Arena.

This will be the seventh Money in the Bank event produced by WWE.

The event is full of ladder matches, in which different wrestlers will take part to get the hanging briefcase and whoever wins it at the end, will have a golden chance to cashback it anytime and win the WWE World Heavyweight Championship.

Who Won Money In The Bank Last Year?

WWE Super Star, Seth Rollins won the Money In The Bank earlier and he cashed it bank at Wrestlemania to snitch the title at the fight of Roman Reigns and Brock Lesnar.

At the end, on November 4th, 2015 had to vacate the title due to an injury. But now the player had made a come back at Extreme Rules on 22nd May 2016 and attacked Roman Reigns for the title.

The fighter has challenged the Roman Reigns for a fight and will have a title match in 2016 Money In The Bank.

Money In The Bank 2016 Matches

Here is the complete list of matches, WWE fights going to take place at Money In The Bank 2016: