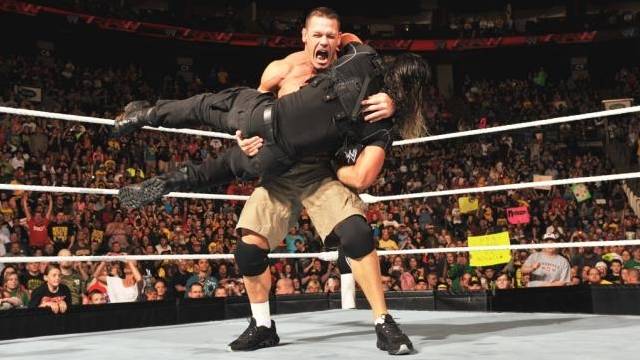 Don’t miss WWE Payback 2016 tonight live on WWE network. Lots of WWE title going to be defended by the existing champions like WWE World Heavyweight Championship, which Roman Reigns will defend against “The Phenomenal One” AJ Styles tonight and there will be others as well. Catch all the action live online of WWE Payback 2016, starting with the Kickoff at 7 ET/4 PT.

The latest WWE Payback 2016 will be live from Rosemont on Sunday night. It’s another pay-per-view event after the Wrestlemania. Watch all the Payback 2016 updates, match results, highlights here after the end of the match.

The Wrestlemania 32 went really well, and surely WWE Payback will meet the expectations of the WWE Fans.

The event will begin at 8 PM ET. You can subscribe to WWE network for $9.99 per month and watch all the live streaming action there for all the WWE main events. The WWE Payback 2016 will begin with the United States Championship title between Kalisto and Ryback.

TV service provides like Time Warner Cable and Charter will carry the PPV event. You can subscribe to their plans and watch WWE Payback 2016 live online on your TV channels.

CagesideSeats.com will also provide LIVE blow-by-blow, match-by-match coverage of WWE Payback 2016, beginning with the first match of the evening and right on through to the main event, till it ends..