WWE WrestleMania 32: What You Need To Know About WWE’s Biggest Show Of All Time 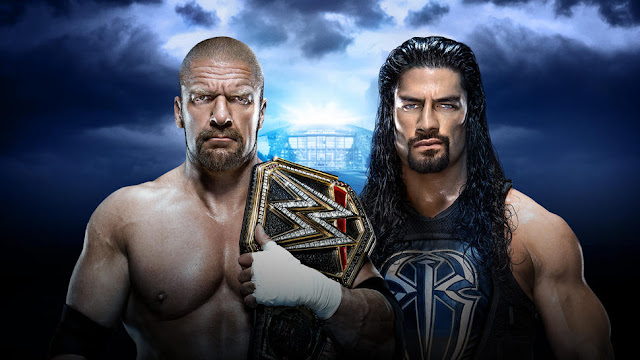 This Sunday the WWE will put on the biggest show in American wrestling history. It may be fake fighting, but your experience can be as real as it gets.

The most famous professional wrestling event is about to begin in couple of days. Yes, we are talking about WWE Wrestlemania 32. It’s the 32nd annual WrestleMania, which is referred to as Super Bowl of PRO Wrestling. The event is yearly held mostly in the month of April, 1st week.

This time it is on 3rd April, Sunday. Over 100,000 WWE fans are expected to to pack Dallas, Texas, AT&T stadium. Which is assumed to be the high attendance so far in America’s history. The Wresltemania 32 will be available in US on pay-per-view for $60, however most people will be watching it on WWE network.

You can join WWE Network free for first month and watch Wrestlemania 32 live.

Remember the WrestleMania 32 main show is on Sunday, 3rd April, at 4 PM/7PM ET, 12 AM at UK time, and 9 AM AEST. The Wresltemania pre-show, packed with matches, interviews, performance, theme song, will start 2 hours before the event.

Roman Reigns vs. Triple H for the WWE World Heavyweight Championship
Dean Ambrose vs. Brock Lesnar No Holds Barred match
The Undertaker vs. Shane McMahon in a Hell in a Cell-style cage match.

Here’s a quick rundown of what you need to know about each of the biggest matches.

Behind the scenes, Triple H (aka Paul Levesque, the actual Executive Vice President of Talent, Live Events & Creative of WWE) is being groomed to take over the company from current CEO and Chairman Vince McMahon. This feeds into his onscreen persona of the company’s “COO” and the leader of the Authority, a villainous faction that does its best to keep the little people down.

Challenging Triple H for his WWE Championship is Roman Reigns. Though the odds are often stacked against him on TV, behind the scenes the company has been trying for two years to establish him as its leading man. There’s a problem here though: He’s cast as a top babyface (good guy) but a large section of the fan base has been rejecting him by booing him out of arenas.

Brock Lesnar is a former UFC Heavyweight Champion and is the company’s best athlete and most believable fighter. He’s famous for taking his opponents to “Suplex City” — that is, for tossing them around the ring up to 16 times before dealing a fatal blow.

Despite being about 65 lbs (30 kg) smaller, Dean Ambrose is the perfect opponent for the former mixed martial artist. He’s fearless, written as the only wrestler with enough moxie to slap “The Beast Incarnate” Brock Lesnar across the face.

WrestleMania 32 match: The Undertaker vs. Shane McMahon, Hell in a Cell

Shane is the son of WWE CEO Vince McMahon and recently returned to the company after a seven-year absence. Now back on the scene, the onscreen story is that he wants to wrestle the company off his father. He’ll need to beat ‘Taker to do that.

On the surface, this is a horrific mismatch — Shane is more average Joe than first-class athlete, while The Undertaker has been written as a near unbeatable competitor for 20 years. However, as you can see to the right, Shane has a reputation for being able to put his body through insane trauma. It begs the question: How much is he willing to endure to defeat the undefeatable?