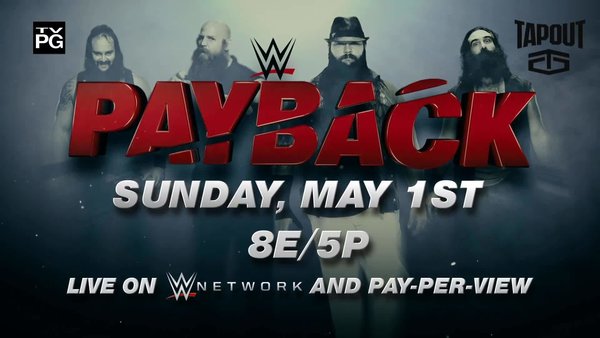 Another big wrestling event is about to begin which is the Payback show of WWE. The pay-per-view wrestling event is all set for 1st May 2016, Sunday and it will be held at the Allstate Arena in Rosemot, Illinois. Only two weeks left now for WWE Payback 2016.

Here is the complete match cards and rumors for WWE Payback 2016.

AJ Styles in Monday night raw defeated 3 men and became the No. 1 contender for WWE World Heavy Weight Championship. It created a lot of buzz for AJ Styles who earned so much respect in a short period of notice from the WWE fans. The Styles appeared in Royal Rumble 2016 and showed some great skills.

After he debut on Monday Night Raw and defeated Chris Jericho in this first match. After that, the journey has been amazing for AJ and now he will face Roman Reigns at WWE Payback on Sunday.

The Miz vs. Cesaro (Intercontinental Championship)

Miz some how was able to beat Zack Ryder and won the Intercontinental Championship. Later Zack Ryder was not able to get his title back and as a result Mr. Shane McMahon put Cesaro in a fight with Kevin Owens for No. 1 contender. At the end, it was Cesaro who qualified.

Other Matches going to held in WWE Payback 2016 are:

The New Day vs. winners of the tag team tournament.

The Wyatt Family vs. League of Nations