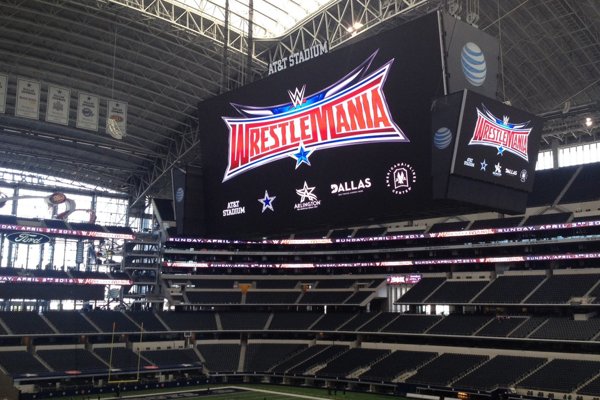 Fifth Harmony to perform ‘America the Beautiful’ at WrestleMania 2016 on 3rd April, WWE confirmed it.

As confirmed by USA Today, WWE has announced that pop sensation Fifth Harmony to perform “America the Beautiful,” kicking off WrestleMania on Sunday, April 3, in front of the WWE Universe at AT&T Stadium in Arlington, Texas.

The WWE Wrestlemania 32 Event will be live on WWE Network around the world. Fifth Harmony will join the likes of renowned artists Ray Charles, Aretha Franklin and John Legend who have opened WWE’s annual pop culture extravaganza.

“We are so excited to be a part of this year’s WrestleMania!” the group said. “It’s such an honor to be chosen to perform at one of WWE’s biggest events. We can’t wait to see everyone in Arlington!”

“WWE has a long tradition of attracting the world’s most popular artists to perform at our biggest event of the year,” said Neil Lawi, Senior Vice President and General Manager, WWE Music Group. “Fifth Harmony will continue this great tradition as we look forward to their much-anticipated performance at this year’s WrestleMania.”

The award-winning girl group was formed in 2012 on the second season of “The X Factor USA” and will release their highly-anticipated sophomore album “7/27” in May. The first single from “7/27,” “Work from Home,” featuring Ty Dolla $ign, marks the group’s highest debut on the Billboard 200 charts, and currently has nearly 50 million views on YouTube. 2016 has already been a big year for Fifth Harmony as they recently received the award for “Favorite Group” at the People’s Choice Awards and “Favorite Music Group” at the Nickelodeon Kids’ Choice Awards.

Last year, Fifth Harmony released their debut album, “Reflection,” solidifying their place at the top of pop as it debuted at No. 5 on the Billboard Top 200 and yielded two platinum-selling singles “BO$$” and “Sledgehammer,” and the quadruple-platinum hit, “Worth It.” Named 2015’s Billboard’s Women in Music’s Group of the Year, 2015 was an award-winning year, with honors at the MTV VMAs, MTV EMAs, MTV Fandom Awards, Teen Choice Awards, Kids’ Choice Awards, YouTube Music Awards and Radio Disney Music Awards.